Coverage of Antoine Gaber artist painter during the Press Conference of July 19, 2004.

Coverage of Antoine Gaber Artist Painter during the VIP Opening on July 23, 2004. 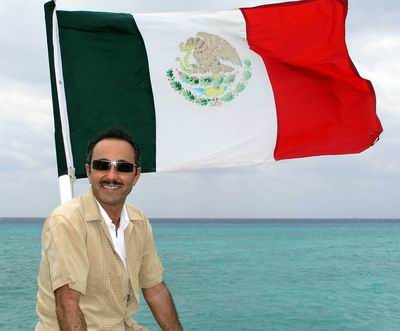 Cancún, México July 2004- Canadian and international impressionist artist painter Antoine Gaber today announced a unique fundraising strategy to benefit patients with breast cancer of the State of Quintana Roo, México. Gaber will contribute an important percentage of the sales of his paintings from his exhibition tour in México to a breast cancer clinical research charity of the region of Quintana Roo from July 22, 2004, until February 28, 2005. 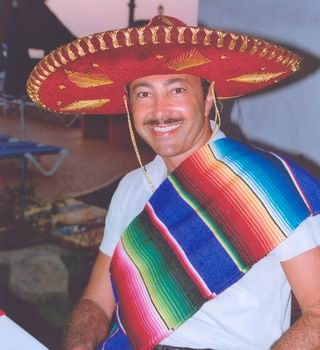 Gaber, resident of the City of Toronto, Canada, began painting in 1994. He married his professional career in clinical research in cancer and Hepatitis B treatment with his artistic expression. His paintings quickly drew attention and invitations to major exhibitions followed. The beginning of the millennium heralds great recognition for Gaber, as his work becomes increasingly known in Canada, the USA and sought after in Europe. Gaber has rapidly captured the media’s attention and has made the front page of several newspapers and television shows.

As one of Canada’s chosen artist, Gaber displayed his work at one of the most prestigious European exhibitions, the Biennale Internazionale dell’Arte Contemporanea, in Florence, Italy, in December 2003, and was awarded the prestigious prize of ” Lorenzo il Magnifico” by the President of the Biennale in recognition of his artistic career. 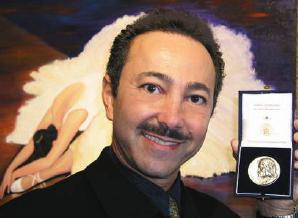 Participation in the Biennale is by nomination by the International Committee of Critics, now numbering almost fifty members from around the world. Over 891 artists, painters, sculptors and photographers, from over 72 nations, participated in the world’s most comprehensive exhibition of contemporary Art. The Biennale Exhibition has featured work by such distinguished figures as Charles, Prince of Wales, and well-known actress Gina Lollobrigida.

Gaber met the renowned historian and art critic from México, Professor Matty Roca, who was one of the art critics that commented on Gaber’s art during the Biennale. In January 2004, Prof Roca invited Gaber to exhibit in México his artwork on a six- (6) art exhibition tour that will last seven (7) months. Gaber accepted the invitation and used that opportunity to raise funds in support of breast cancer research for patients from the State of Quintanna Roo, México.

For several years, Gaber has with his art supported many important charities to fight cancer, liver disease, and HIV/AIDS.

As a Premiere exhibition of his Tour, Gaber worked in collaboration with the University of Miami School of Medicine, Sylvester Comprehensive Cancer Center to inaugurate his first private showing during the Second Intramerican Breast Cancer Conference held in Cancún from July 21-24, 2004. Over 300 breast cancer specialists from Mexico, USA and Canada, will attend this important scientific meeting, which will feature presentations from over 28 international guest speakers Faculty Members from several Countries (Belgium, Canada, Chile, France, México, Spain, and USA).

“Within the framework of the Second Intramerican Breast Cancer Conference held in Cancun from July 21-24, in Cancun, the renowned artist painter Antoine Gaber will exhibit an important collection of his art. This event will give us the invaluable opportunity to exchange culture through art and also share the artist’s humanistic qualities and his passion for life. According to statistics, this terrible disease kills one woman every two hours and a half, in 70 % of the cases it is due to the late diagnostic. Cancer kills each year, 1,091* women in Quintana Roo, this means 1.3% at National level. The people of the State of Quintana Roo, Mexico must support this fundraising event for such an important cause: the fight against breast cancer, in particular for the women of this Region.”, said Her Honour, the Senator of the Republic of México, Mrs. Addy Joaquín Coldwell, for the State of Quintana Roo.

“The paintings of Antoine Gaber reflect a contemplative spirit. With his handling of the colors and a palette that fully identifies with the impressionists, the artist captures soft landscapes, flowers, ponds and brooks that seem like ideal places drawn from a personal phenomenological world. He invites us to spy on his chromatic intimacy through the observation of his marines and the countryside at different seasons. As Chopin’s music, Gaber’s art calms down our soul – without a doubt, a great virtue in current times.”

“It is a great honor for the Canadian Embassy to present this outstanding painter in Cancún in the framework of the celebrations of 60 years of Diplomatic Relations between Canada and Mexico, as a testimony of the close ties that exist between both countries in the matter of cooperation to promote art and culture” said Mr. Daniel Lavoie, Honorary Consul of Canada in Cancún.

“We are honored to have an internationally recognized artist such as Antoine Gaber to share with all the cancer specialists and attendees of the Breast Cancer Conference, his art work as his first art showing in México prior to his official opening. Gaber’s enthusiasm and fundraising initiative for breast cancer research are recognized as an important source of support of our efforts as clinicians in the fight against this terrible disease”, said Dr. Orlando E. Silva, Director of the Second Intramerican Breast Cancer Conference.

Having worked for several years in breast cancer clinical research, Antoine’s passion for life and the well being of patients are reflected not only in his clinical research work, and his art, but in the philanthropic causes he supports. Antoine’s vision and focus have always been toward making our world a better one,” said Professor Kathleen Pritchard, from the Toronto Sunnybrook Cancer Center, Canada, and an internationally known guest speaker at the Breast Cancer Conference.

“My personal encounters with women suffering from breast cancer including women within my own family touched my soul,” said Gaber. “According to statistics, one out of 9 woman will develop breast cancer in her lifetime. Despite all the ongoing clinical research activities, we still have a lot of work to do to find a cure. My hope is that funds raised will help contribute to the work already being conducted in breast cancer research, ” Gaber stated.

The Antoine Gaber Art Exhibition Tour in México has received overwhelming support from several governmental authorities, as it not only fosters an exchange of culture through the arts among the American Countries (México, Canada, and USA), but also supports fundraising for an important cause to fight breast cancer, and particularly for the people of the State of Quintana Roo, México.

The Hounorable Mrs. Addy Joaquín Coldwell, Senator of the Republic of México, for the State of Quintana Roo, also Secretary of the Tourism Commission for the Senate including the Commission of Culture and Education for México 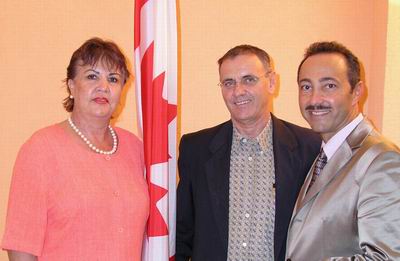 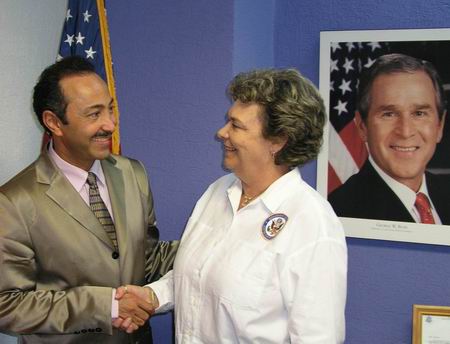 As his talent deepens and matures, Antoine Gaber ceaselessly strives to enrich his understanding and expression of the world around him. An increasing presence on the world’s artistic stage is indicative of the piercing vision that guides and shapes Gaber’s ever-evolving oeuvre.

The Antoine Gaber Exhibition Tour will start in the City of Cancún, México, on July 22, 2004 and will be concluded on February 28, 2005, in the City of La Isla de Cozumel, México (FULL DETAILS BELOW).

For more information about the artist you can visit his art site at: www.antoinegaber.com

Press and Media Interviews:
For México and South America,

Coverage of Antoine Gaber artist painter during the Press Conference of July 19, 2004.

Exclusive preview opening for registered attendees of the
Second Intramerican Breast Cancer Conference from 6-8PM at:

Coverage of Antoine Gaber Artist Painter during the VIP Opening on July 23, 2004